Eugenics and the African | A2D TalkShow 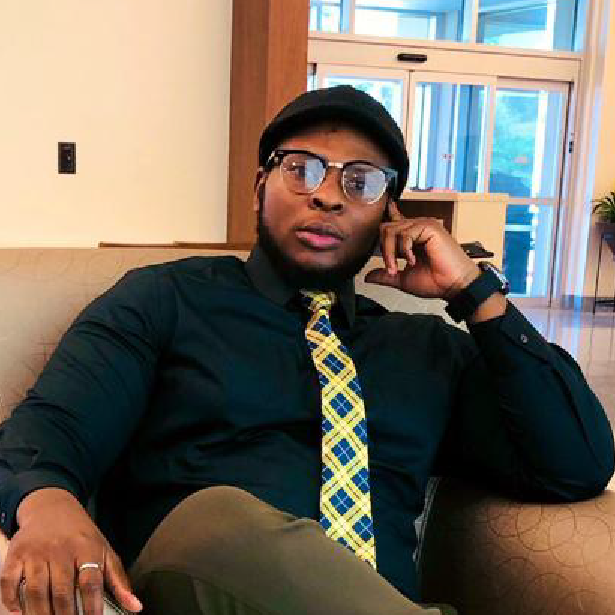 Eugenics and the African

EUGENICS: The American Human Zoos, with a final focus on Ota Benga.

Eugenics was developed by Sir Francis Galton in 1883 to “encourage the improvement of genetic quality, while preserving the position of the dominant groups in the population”. Racial eugenics was predicated on the scientific and biological belief that some genes were superior to another and some people (Caucasians) were well and purely born, without mixture with other tainted and inferior genes. 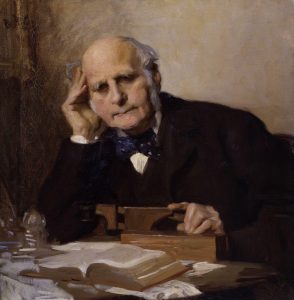 He based his theory partially on the work of his cousin Charles Darwin who, through his study of evolution and natural selection, demonstrated that the strongest and best-adapted organisms are more likely to survive, reproduce, develop, and evolve. Galton felt that although natural selection was successful in nature, it failed when applied to humans because people interfered with the process. As a result, the fittest do not always survive. Thus, Galton consciously chose to develop a method to “improve” the human race. 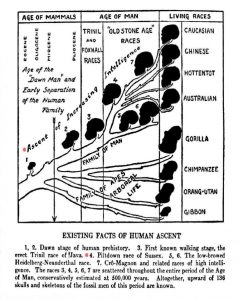 Eugenicists like Henry Fairfield Osborn constructed evolutionary trees that placed the “primitive races” alongside gorillas and chimpanzees in a hierarchy that culminated in the Caucasian “race.” This was the principle upon which the Jewish holocaust was based. 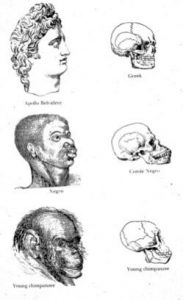 Around the turn of the century, slave trade was at its lowest ebb. Europeans had just started to explore Africa with the aim of trade & resource exploitation in the altruistic guise of bringing the Christianity & civilization to the cannibalistic, Savage heathens of the hinterlands. 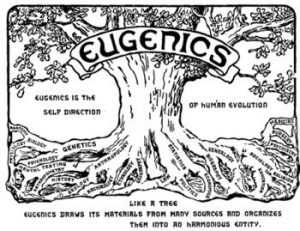 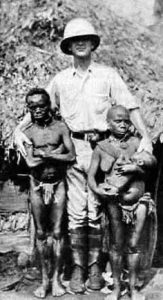 Observation of the natives in their natural habitat must have struck their exotic cord, more so because the natives were alienated from westernization and technological advancements in agriculture and science which the West had heralded. To further elucidate their theory of superiority, they exported Africans with the aim of putting them on freak shows in zoos and circuses in the USA and parts of Europe. This was done to demonstrate how close we were to the ape in appearance and behavior. These deplorable shows further served to justify the exploitation of the African continent and demonstrate to their audience that we desperately needed their healing touch of Christianity with a touch of education. Worthy of note is that Africans were not the only race being exploited in this manner; aboriginal Australians, pacific islanders and Indians were also victims. 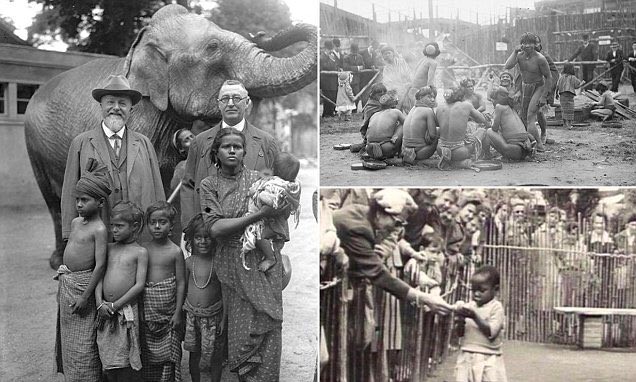 The most notable and perhaps famous of these was Ota Benga (a 23 year old Mbuti man) who was kidnapped from King Leopold’s Belgium. On September 10, 1906, the New York Times reported on the opening of the “Man and Monkey” show, which put Benga with an orangutan in the same cage to perform. 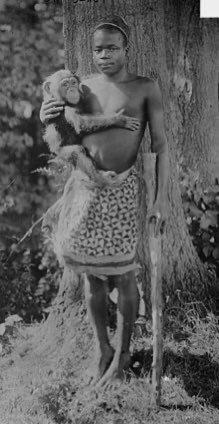 Visitors would prod the young African with umbrellas and taunt him with bananas; one can only imagine how dehumanizing this was for the poor guy. Other Africans put in these cages were often put on display with their whole families; spouses and children inclusive.

An ensuing controversy emerged, led by African American clergymen, as well as white religious leaders who thought the exhibit was a “promotion of Darwinism.” 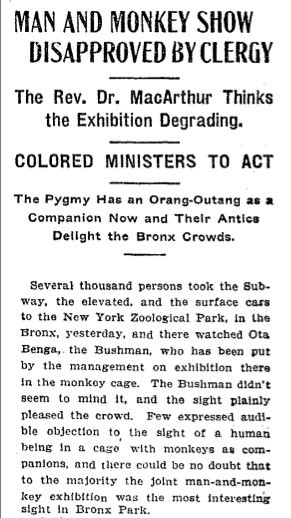 Eventually, Benga was removed from the zoo to be placed in the Howard Colored Orphan Asylum, a church-sponsored orphanage, and later relocated to live with a white family in Lynchburg, Virginia. He started working at the Lynchburg tobacco factory from where he plotted his return to the Congo.

Benga’s return became impossible when World War I broke out in 1914, halting passenger ship traffic. With no hope to return, Benga became depressed. On March 20, 1916, Benga built a ceremonial fire and shot himself in the heart with a stolen pistol. 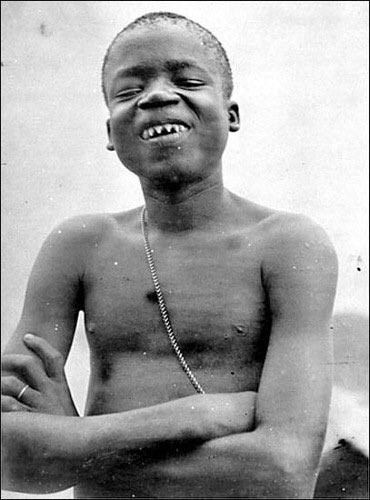 His tragic life is a testament to the violent dehumanization that came with eugenics’ racist misunderstandings of human evolution & difference, permitted & fueled by Western society’s inability to see outside of its ethnocentric lens and recognize humanity in non-white “others.” 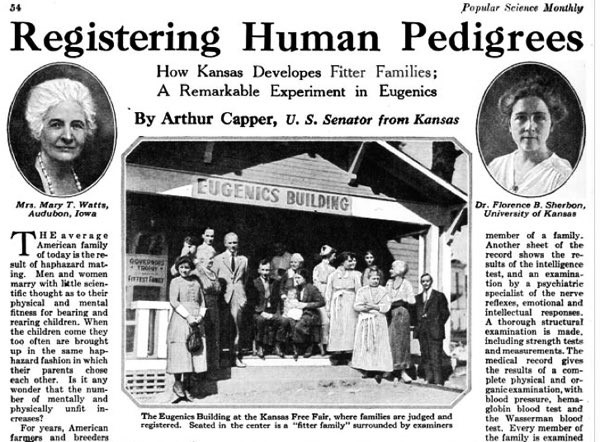 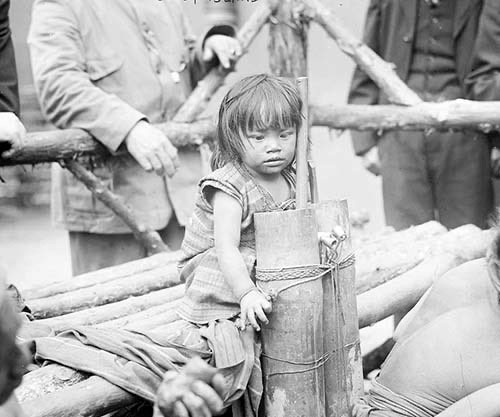 Princeton, Yale and Harvard and other higher citadels of learning led the vanguard of the eugenics movement. Princeton and Yale’s presidents at one time or another made speeches that supported and encouraged the purification of the Caucasian race. 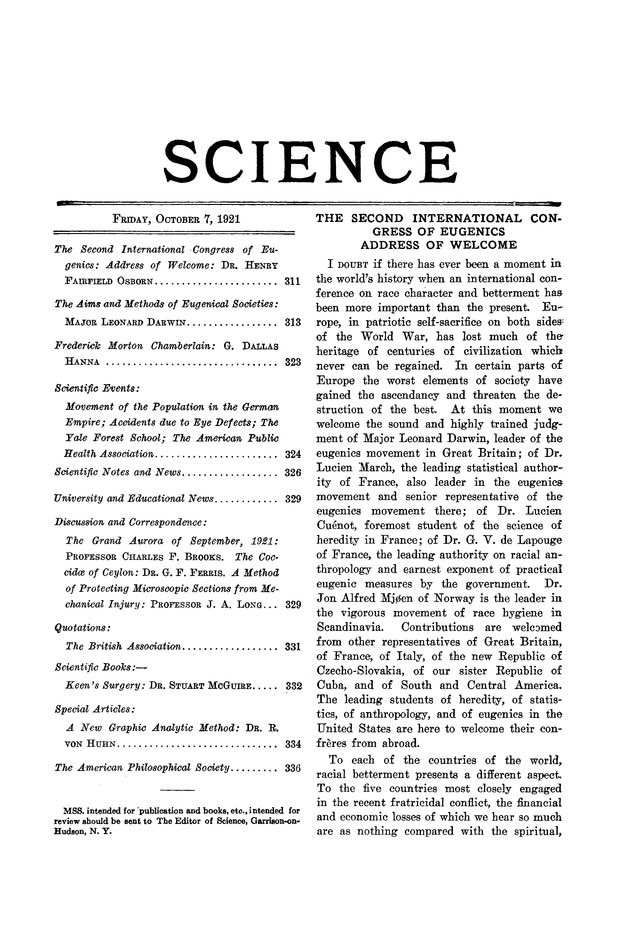 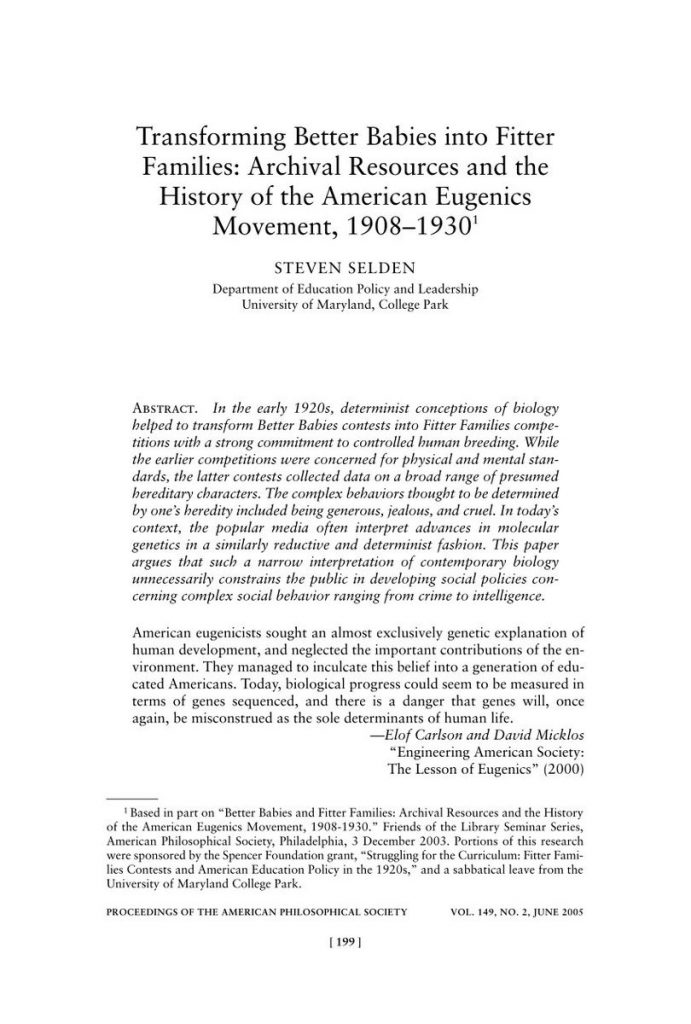 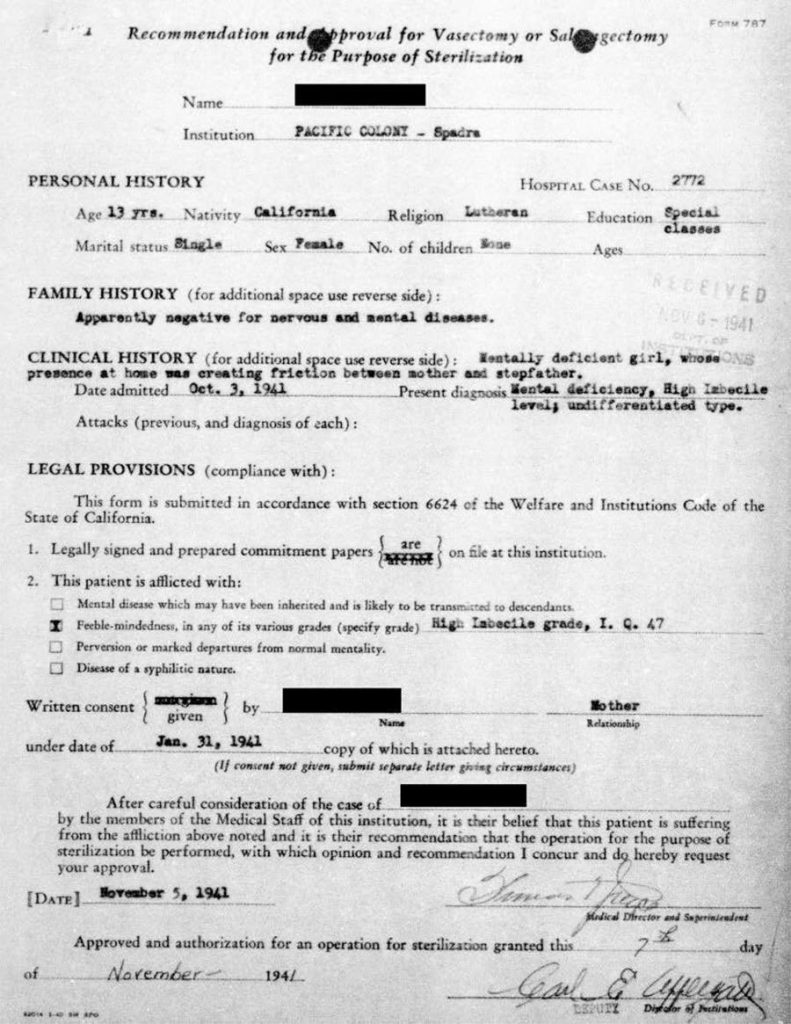 The human race has a long and sad history of malevolence and wickedness, usually perpetuated by people who deem themselves inherently superior against those who, by happenstance or design, fall victim. This is always backed by objective science or religion. Sadly, the African seems to be at the butt of every circumstance that aims to stratify the human race.

This article is mind blowing,informative and sad all at the same time. Beautiful piece