Life is suffering. Life is punctuated by pain and suffering from birth to dust. We have been set up for a time of long-suffering unless you are born into a wealthy family, even in that case, life has a way of showing us how mortal and susceptible we are to pain regardless of wealth, riches, and fame.

Every individual is fighting a battle, one that losing isn’t a great option; It could be a failing marriage, natural disaster, lack of money, sickness, country’s economy, and much more. There is an existence of a pain in all domain of life. We are to face each suffering as it comes. Most times, the cause of such suffering is way beyond our control. What can you do to stop an earthquake or a child been born with down-syndrome or terminal disease? Life presents to us not only suffering and pain but uncontrollable suffering and pain.

Examining the horrific events of the 20th century (world wars, unit 731, the Holodomor in Ukraine, the H1N1 pandemic, the Korean War, Vietnam war, and so many infamies), we can have a clear definition of what horror is. There are writings by first-hand witnesses of these horrors; people suffered and died for no rational cause or due to the inflated egos of megalomaniacal bigots. Life is hard and may remain so. Dwelling so much on the sufferings of life can make one nihilistic.

The suffering of life didn’t start today or during the 20th century; it has always existed. Humans have dealt with suffering in many ways to ameliorate pain, one of which is religion. Humans have come to believe and possibly understand that there is an afterlife, a place we go after living on this miserable earth. Most religious rhetoric professes the afterlife as a place we go based on how well we lived on earth. Suppose you are a good person – whatever that means- in that case, you will go to “heaven.” and if your actions reflect evil, you will be doomed for “hell”- not a good place to be in. Such rhetoric places a higher value on the afterlife than the current life we live in. people can endure the suffering of life hoping to be rewarded in the next life or afterlife. Devaluing this present life may be somewhat nihilistic.

We will be looking at some world religions and how they approach life suffering. 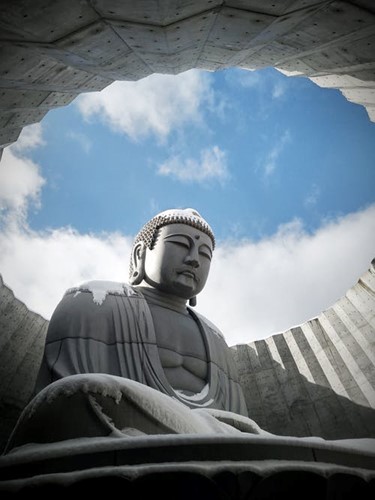 The Buddhists believe that for one to conquer suffering and pain, one must practice the four noble truths (1) Humans existence is pain which (2)is caused by desire, and (3) can be overcome by victory over desire (4) by means of the noble “eightfold path” (more on this later).

Buddha believes that all human suffering is caused by desire; this statement is somewhat true. The Holocaust or the Holodomor of Ukraine is an example. However, these sufferings are not due to the victims’ desire; these suffering are due to the desires of megalomaniacal and maniacal human beings. In a situation like a holocaust, conquering one’s desire does nothing to alleviate such suffering. In our current world, the statement of the Buddha can lead to nihilism.

If Human existence is pain caused by desire, then should we stop desiring? Should we be without hope of a better life in this world? Should we not want to live a proper healthy, and wealthy life for a good cause?

The eightfold path consists of (1) Right knowledge of the four noble truths (2) Right resolve to curb malice (3) Right speech, true and kind (4) Right action, meaning to refrain from killing, stealing, and sexual misconduct (5) Right livelihood which means one cannot earn a living from a trade which by nature involves bringing harm to others, such as trade-in weapons, poisons, slaves, livestock (6) Right effort (7) Right mindfulness, or keeping the mind at all times serenely focused on the present moment; and (8) Right meditation, which consists of four steps: isolation resulting in joy, meditation causing inner peace, concentration producing bodily happiness, and contemplation rewarded with indifference to happiness and misery. 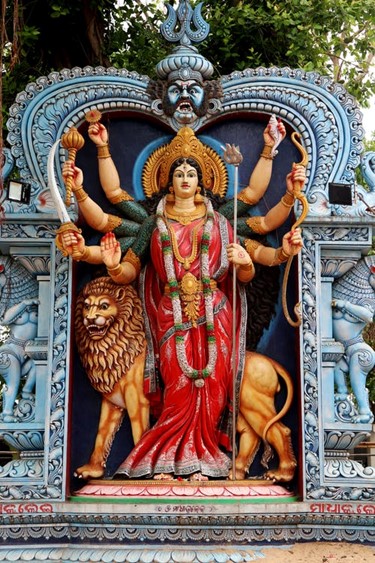 Like Buddhists, Hindus believe that suffering and pain are due to inappropriate actions committed in a former life. The Hindu perception of pain is “I deserve whatever hell I am going through because I am paying a debt of sin I committed in my former life”. This idea is profound because you no longer look for external parties to blame for your suffering; you look within and accept them for what they are. As deep as this ideology is, it demands questions. What do you mean by a former life? Can we observe the former life? Do we have memories of them? If we committed sins in the past life that we must pay for in this current life, what are those sins? is there room for forgiveness?

We are not perfect humans. We will make mistakes no matter how trivial they may seem to us. The Hindu ideology assures pain and suffering.

“Let me not beg for the stilling of my pain but for the heart to conquer it” -Rabindranath Tagore (1861 – 1941), Indian mystic philosopher.

While pain and suffering are the consequence of ill actions in the former life, Hindus believes that death and rebirth can be endless but not the goal;

“those who have prepared themselves by the loving attitude, a study of the scripture and devotion to lord Krishna may free themselves from an endless cycle of death and rebirth, eternal life is granted to devotees who at the time of death give up their physical bodies with only thought of lord Krishna on their minds” -Bhakti

One must be in bondage to be free and eternal life is a place you go to be free. There is a bit of nihilism to explore in this ideology. There is no value in this current life and the next, so why bother to make any good use of life? Why toil in something as valueless as life? 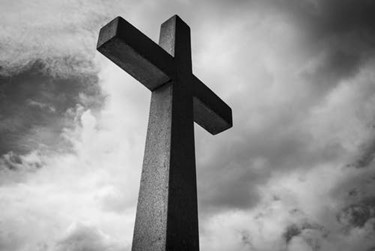 “But we’re looking forward to the new heaven and new earth He has promised a world filled with God righteousness” 2 Peter 3:13.

Christianity presents the idea of suffering in a way that assures us of life’s pain and mishap but also assures us of a new heaven and earth: future glory.

“Yet what we suffer now is nothing compared to the glory He (Jesus) will reveal to us later.”  –Paul to the church in Rome.

Paul himself suffered like many of us will or have. When life gets hard, and the future seems bleak, what hope can one really hold up to? The Christian worldview points to the afterlife as an assured glory for those in Christ.

The origin of suffering and pain can be seen in God’s curse on humanity. God gave man (Adam and Eve) a command not to eat from a particular tree, but they did. Their action brought curses to humanity when God said to the woman,

“I will sharpen the pain of your pregnancy, and in pain, you will give birth. And you will desire to control your husband, but he will rule over you.”

17And to the man he said, “Since you listened to your wife and ate from the tree whose fruit I commanded you not to eat, the ground is cursed because of you. All your life, you will struggle to scratch a living from it.

18It will grow thorns and thistles for you, though you will eat of its grains.

19By the sweat of your brow will you have food to eat until you return to the ground from which you were made. For you were made from dust, and to dust, you will return.”

God presents to Adam what we can call the foundational stage of all life’s problems – life in itself is suffering – to live is to suffer.

If life is suffering, then death may be a cure to this curse called life. Wrong.

As presented in the Christian worldview, life is suffering, but God provides a solution to enduring the suffering that life may bring, the Holy Spirit to comfort us, and hope of a new heaven and earth.

The most profound idea of suffering from the Christian worldview is that Christ, the head of the church, also suffered. God became man to restore man back to himself as it was during the primordial time. He became flesh in other to experience life as a human. No other religion presents an idea of a god living among men in the limitation of man. Christ’s experience on earth was not all blissful- Christ suffered for no reason of himself. He lived a perfect life, and yet somehow, life’s sufferings didn’t elude him. In the peak of Christ’s suffering, he uttered what may be the most relatable words anyone could utter during a time of sorrow and grief. “My God, my God, why have you forsaken me?” When life hits hard, and all hell breaks loose, you will lose friends, family, and possibly yourself, you may be alone, and death may look like the only solution to life.

Life is hard and will always be, being hopeful during life’s sufferings is one gift that only God can possibly give.

In as much as I would love to tell myself otherwise, the truth is clearly stated in this article and that truth simply put is: "Life is suffering" and "Hope is a gift".

Thank you for this article, it has helped ask some unspoken questions and answered some as well. "Death is not the cure to life's suffering"

This piece is everything!!!